“Anakin Skywalker was weak. I destroyed him.”
Then I will avenge his death.”

I know, I know. The Season 2 finale for Rebels premiered weeks ago  (March 30th, to be exact.) I am woefully behind in writing about it. That said, I just watched it a second time with my wife and I’m ready to share my thoughts on the things I found noteworthy. 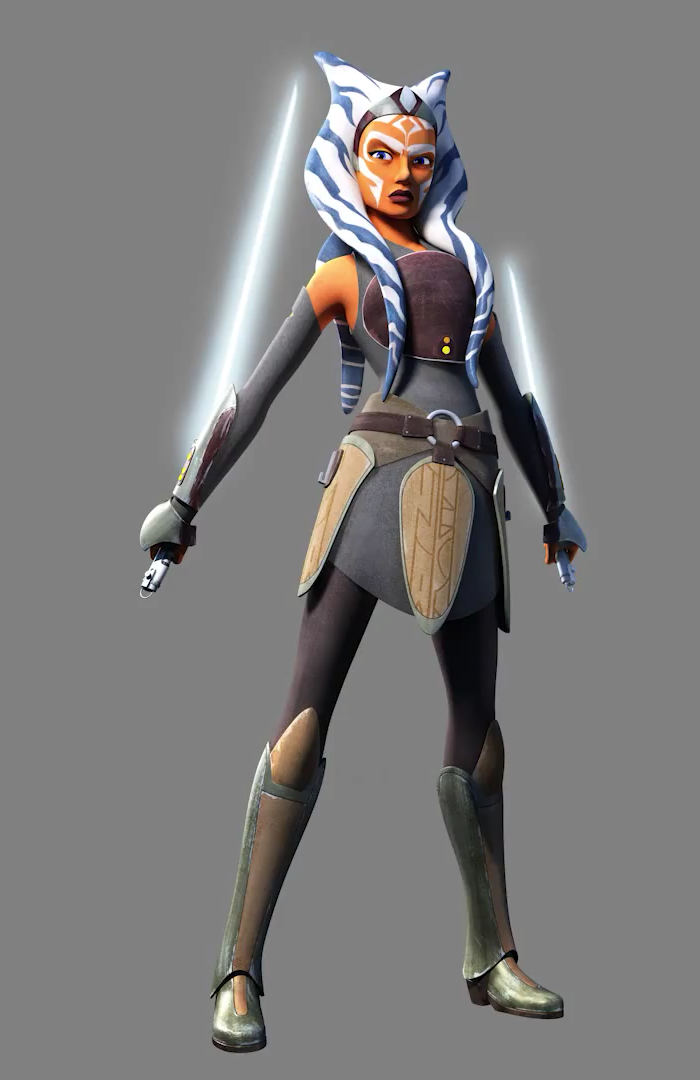 “I won’t leave you! Not this time.

I’ll dive right into the best part of this finale—this gal. I can’t say I’ve ever seen a character go from loathed to almost universally beloved by a fandom like Ahsoka has. Who would have guessed that Anakin’s bratty Padawan teenager would grow up into one of the most confident and powerful Force-users in the series?

Anyway, her reunion with Vader was as emotionally charged as I thought it would be. We kind of knew her efforts to reach her old master were doomed since Luke was ultimately the one to redeem him. Still, it was amazing to see her duel her former mentor. 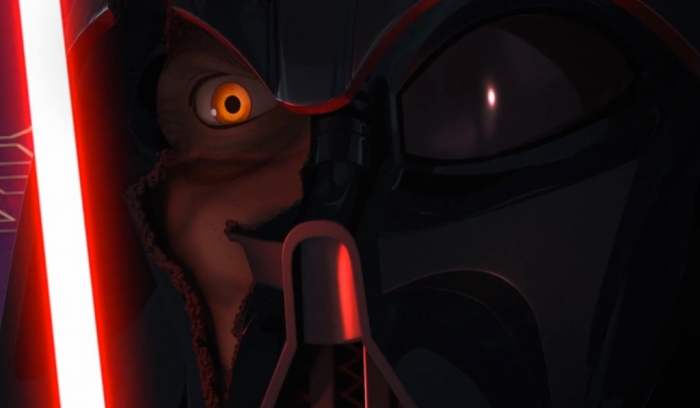 “Then you will die.”

Props to the writing team for mixing James Earl Jones’ voice with Matt Lanter’s after she cut part of his helmet away. Equal parts chilling and sad. Also, backing up a bit in the episode, what a badass entrance for our favorite Sith Lord. 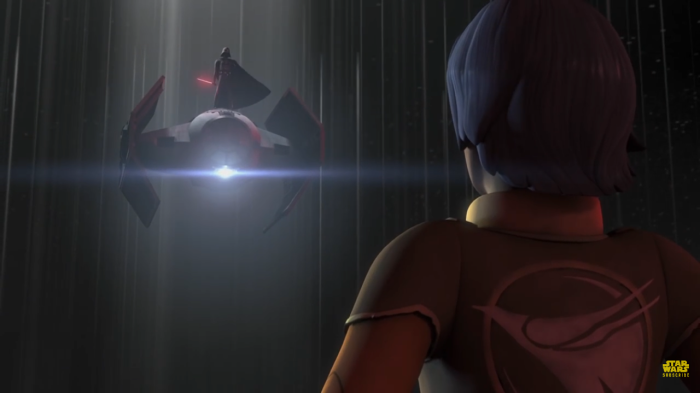 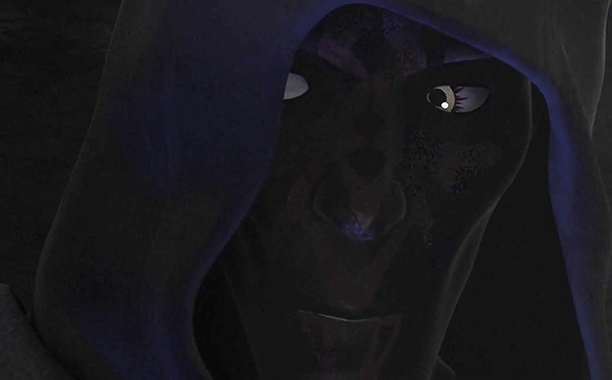 You’d think I would be sick of this guy by now, but Sam Witwer always manages to do such a brilliant job voicing this character. Maul plays a darker, seemingly helpless version of Yoda upon first encountering the young and impressionable Ezra Bridger.

Of course, we all knew it was a ruse. Maul has never forgotten his betrayal at the hands of Sidious. To him, the Jedi on Malachor were nothing but tools (or a potential apprentice in Ezra) in his quest for revenge. I’m curious to see what else the writers have in store for the ever-resilient Dathomiri renegade. 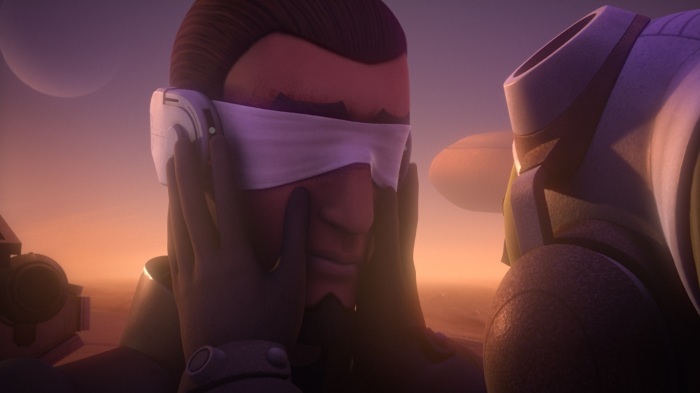 “Kanan, your eyes!”
“Let’s worry about that later. We’ve got to get that holocron out of here.”

Maul burning out one of my favorite character’s eyes with his lightsaber—let’s just say I never saw that coming. It’s sad, but I don’t see it crippling our newly-knighted Jedi one bit. Remember what Obi-Wan said? “Your eyes can deceive you. Don’t trust them.”

Coincidentally enough, this isn’t the first time a character voiced by Witwer has burned out the eyes of a Jedi. In the now Legends game The Force Unleashed, Vader’s apprentice Starkiller blinded Master Rahm Kota. The similarities between Kanan and Rahm have not gone unnoticed.

Let’s also not forget that in Legends there was a whole species (Miraluka) of blind Force-sensitives. If ever there was a time to recanonize them, it’s now.

– The ancient battle between Jedi and Sith on Malachor is something I’m very curious to learn more about.

– Ezra picking up an ancient crossguard lightsaber from the battlefield was a neat touch. Kylo Ren supposedly got his design from the Scourge of Malachor.

– Not a huge fan of the ambiguity surrounding Ahsoka’s fate, but hopefully she’ll get her due later. Filoni has said that her time on Rebels is over.

– I’m totally on board with Ashley Eckstein’s statement regarding the coloring of that Convor bird. It’s similar to Daughter (embodiment of the light side of the Force) from The Clone Wars. I’ve seen people say that Ahsoka is grey since departing the Order, but that’s not true at all. It was the Jedi who forsook the light they were supposed to serve, not her.

– Ezra opened a Sith holocron. That can’t be good.

Anyway, thanks for reading. It was a phenomenal season and I can’t wait to see what the team has in store for us in the third season later this year.

May the Force be with you!