“And this is just the beginning of a creatively aligned program of Star Wars storytelling created by the collaboration of incredibly talented people united by their love of that galaxy far, far away…” 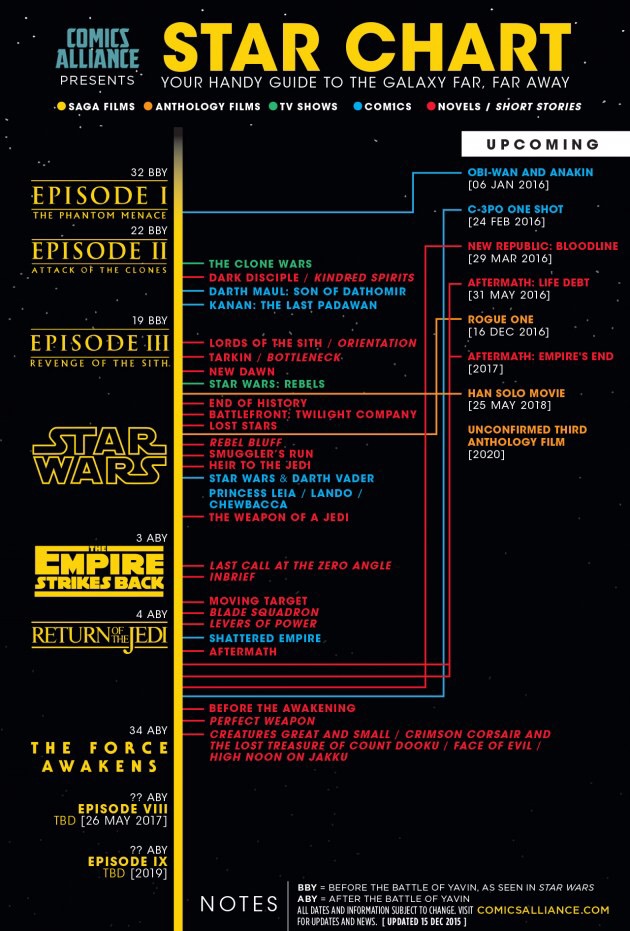 (Big thank you to Comics Alliance for that canon timeline.)

Happy New Year, everyone. I hope all is well. I apologize for the scarcity of my posts. Life gets busy and sometimes I *gasp* run out of Star Wars topics to write about.

Today, I’d like to share my thoughts on the new canon since we’re almost three years in. I’ll touch on the parts I like best. Since this topic will be broad and because my older posts tended to go on and on without reprieve, I’ll split this post in twain and cover the second half another day.

As much as I adored the Legends stories I read as a kid/young adult and as much as I respected Leland Chee for keeping the old continuity in order as much as he did,  there is no denying that certain authors may have taken a bit too much liberty with their stories.

For example, Karen Traviss randomly gave mandalorians a godlike superiority over Jedi and Sith. Additionally, she killed off Mara Jade (in a very anticlimactic manner) without informing Zahn which never sat well with me. We also had some early installment weirdness like the interdimensional creature Waru or Jedi being able to pass their spirits into computers. Yeah…

As I said in my earlier Legends post, I’ve seen people say the new canon plays it too much on the safe side. That’s a fair criticism, I suppose. I see it more as a boon, though. I think that the Lucasfilm Story Group exercising more creative control will be beneficial for the universe in terms of consistency.

Will there be occasional continuity errors in the new canon? Of course. The SG and authors are only human. But hopefully we won’t get into a situations like Legends where the first Death Star plans are stolen by a number of different characters in different stories  by different authors. (That plot point will be addressed in current canon by Rogue One later this year.)

Interestingly, I feel that the “safe” approach has also added a bit of mysticism back to the Force. Many of the new stories do not focus on the original power trio and instead put normal, non-Force-sensitive people into the spotlight. So, when Luke, Jedi lore, or the Force do appear, they’re much more special occurrences. This is a stark contrast to Legends stories starting with NJO where Jedi and Force powers were found on nearly every page.

The reboot also had the added benefit of eliminating the convoluted canon tier system (G,T,C,S,N). Everything released now is just as gospel as the films according to Lucasfilm.

“Stand up together, because that’s when we’re strongest. As one.”

It’s no secret that I’m a huge Clone Wars fan. When it was first announced that TCW was being cancelled and a new animated series was taking its place, I was a little skeptical that it could match its predecessor. I was wrong.

Despite Rebels having a smaller budget, it still has Dave Filoni at the helm and it is a true spiritual successor to The Clone Wars. The art style may seem simplistic, but it’s inspired by the designs of the legendary artist Ralph McQuarrie. While the show is aimed at a general audience, it is not afraid to delve into darker territory when it needs to. It also has a habit of recanonizing Legends content which is awesome.

All your hyperspace are belong to us. 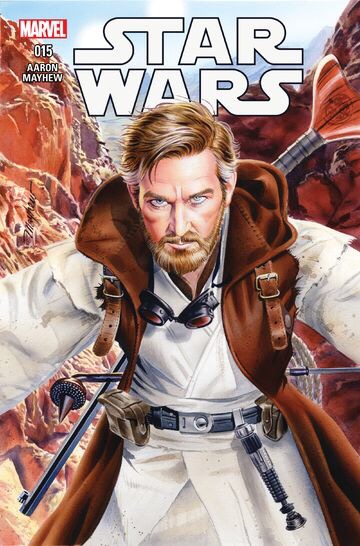 Marvel (now a property of Disney) used to publish comics for Star Wars way back in the 70’s. When they reacquired the license from Dark Horse to begin publishing Star Wars comics, there was some, shall we say, unhappiness within the fandom. DH had been publishing comics for the franchise since the early 90s and as with all changes, some people are bound to be upset.

That being said Marvel has (imho) been absolutely slaying it. Since January 2015, they’ve started eight different comic series (most of them limited runs, some ongoing) with more on the way.

Now, I can’t say that every single issue released has been stellar. However, the artwork and writing have been almost consistently top-notch, unlike many of the Legends DH comics which varied wildly in quality. These Marvel comics feel like genuine Star Wars stories and it’s clear that they understand how special this universe is.

The Star Wars 2015 and Darth Vader comics in particular are notable for finally giving us this piece of information.

That’s right, they were allowed to depict the moment where Vader discovers he has a son. The following flashback scenes are especially awesome but I won’t spoil them for you.

My personal favorites are Shattered Empire, Obi-wan and Anakin, Lando, Darth Vader, and Star Wars 2015-. These stories have been an absolute joy to read and I’m excited to see what 2016 brings for the GFFA.

Unlike the comic universe which changed publishers, Del Rey continues to publish Star Wars novels like it did with the old EU. However, DR is joined by Disney-Lucasfilm Press which also publishes books like Lost Stars.

So far, I’ve enjoyed the new books. While they haven’t been quite as fun as the TV series or the comics, the majority of them have been entertaining enough (remember what I said about playing it safe?) Fortunately, even the weakest novels in the new canon like Heir to the Jedi are nowhere near as miserable as, say, Crucible. (I’m sorry. I know I pick on that one a lot, but it was just so bad.)

My favorite book so far is the aforementioned Lost Stars, which might seem odd considering it’s classified as YA romance. Don’t let that fool you. Claudia Gray is an excellent writer and her first entry into the SW universe is absolutely worth reading.

Coming in second is the ever-controversial Aftermath by Chuck Wendig. Even if you’re initially put off by the writing style (third person, present tense), I urge you to give it a fair chance. I particularly enjoyed the references to TCW and Rebels.

Dark Disciple takes its place as my third favorite novel. Adapted from several unfinished Clone Wars episodes, Christie Golden managed to make me feel like I was actually watching the show itself. Plus, it stars Asajj Ventress who became one of my favorite characters throughout the show’s run.

A New Dawn is another favorite of mine. Not only is its name fitting (first books in the new continuity), it offers a look at Kanan and Hera’s early years. It’s a good starting point for the Rebels series.

I’ve also heard that Twilight Company is good and it’s been sitting on my shelf since Christmas, but I haven’t had time to start it. I’ll let you know what I think when I get to reading it.

Finally, the reference books such as Ultimate Star Wars and TFA: Visual Guide are still as top-notch as they’ve ever been. A lot of Legends stuff gets recanonized there.

That’s it for today. I apologize if this entry was a little more vague and unfocused than usual. In part two, I’ll focus on the characters in the new canon that have really resonated with me.

“There’s always a bit of truth in legends.” –Ahsoka Tano